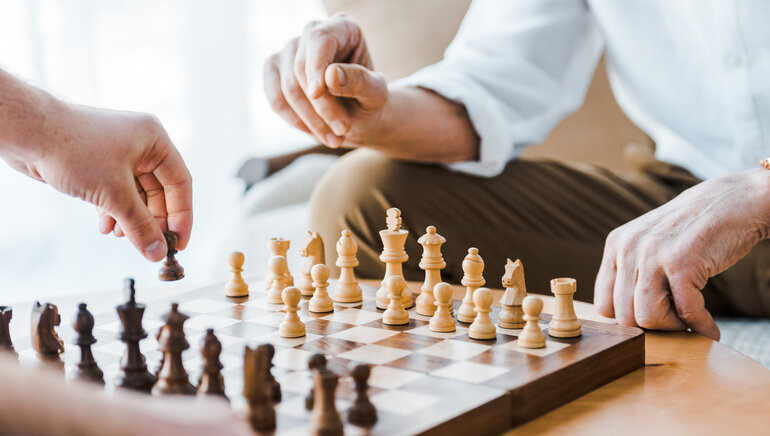 Casinos provide players with a mix of games. These include purely chance-based games like Roulette, Craps, and Slots, and games of skill such as Blackjack, Video Poker, and Poker.

The word 'gambling' has multiple meanings, but it's essentially wagering on uncertain outcomes. In other words, you risk your money in the hopes of a desirable result. Of course, if the outcomes weren't uncertain, it wouldn't be gambling. It would be a sure thing. That said, there are degrees of risk in gambling games. On the one end of the spectrum, there is no skill or strategy involved in pure games of chance. On the other hand, skill is integral in determining a casino game's flow and potential outcomes.

We must clarify that all casino games have an element of chance, even skill-based games. Players can mitigate risk by opting for skill-based gambling games rather than chance-based games. On the surface, it seems uncanny that a gambling game has any degree of skill associated with it. However, dig a little, and you will unearth many gems at the casino. Among them are card games like Blackjack, Video Poker, and Poker. Whenever player decisions contribute toward game outcomes, skill is involved.

What Constitutes Skill in a Casino Game?

Skill is defined as an ability to do something well. Regarding casino games, skill refers to tactical and strategic decisions designed to reduce the house edge or improve the player's advantage over the casino or other players. With Blackjack, it's clear that basic strategy, advantage play, card counting techniques, hole carding, and front loading can dramatically increase the player's advantage against the casino. All of these actions performed by players require a degree of skill. The more you practice, the better you get.

Money management is a critical skill that players need to learn before engaging in real money gameplay at the casino. The skill also refers to a player's ability to recognise different bonuses and promotional offers and capitalise on them. Things like wagering terms and conditions are sacrosanct; the less the playthrough requirements, the more beneficial to the player.

This means that, in skill-based games, players who are more skilled at the game have a better chance of winning than less skilled players. There are several games of skill, notably: Blackjack, Video Poker, and Poker. We will now discuss how skills and abilities are involved in these three broad categories of casino card games.

Blackjack is a casino game in which players use their card prowess to try to beat the dealer's hand. To win, players must first learn basic strategy, a set of guidelines that tell them the best way to play each hand they are dealt. The basic strategy considers the player's hand and the dealer's up-card, and it helps the player make decisions such as when to hit, when to stand, when to double down, and when to split pairs.

Players who have mastered basic strategy have a much better chance of winning than those who do not know how to play using basic strategy. However, even with basic strategy, the house still has the edge over the player. This is because Blackjack is a game with a lot of small decisions that can add up over time, and the house always has the advantage of being able to act last.

In Blackjack, players are tasked with beating the dealer's hand total without exceeding 21. It doesn't matter what other players are doing – it's player versus dealer. Other less conspicuous game settings include the number of decks in play. The fewer the number of decks, the easier it is for players. For example, classic Blackjack with a single deck offers a skilled blackjack player much higher odds of winning than Blackjack played with 6 or 8 decks of cards.

When the number of decks increases, a greater degree of technical skill is required to generate profits from the casino. Deck penetration and the true count are examples of technical elements that skilled blackjack players contend with. Overall, the RTP (return to player) for blackjack games hovers between 0.5% – 1.5%, but skilled players can level the playing fields with precise play. That means your winning odds can be as high as 99.50%!

Poker is yet another type of skill-based casino game where players use their skills to try and make the best possible poker hand. Unlike Video Poker, in Poker games, players compete against each other instead of against the house. Therefore, players need to know how to read other players' body language and facial expressions to determine if they have a good hand. Players also need to bluff their opponents into thinking they have a better hand than they do.

Hand rankings usually include the following:

Poker games include the likes of Seven Card Stud, Five Card Draw, Texas Hold 'em, Omaha Hi-Lo, and Razz. The skills required to be a successful poker player are more than understanding cards and probabilities. It's about interpersonal skills, psychology, patience, observation, and self-control. The best poker players have all of these skills in abundance.

While Blackjack, Video Poker, and Poker are the dominant skill-based casino games, there are many others where skill plays a part in determining game outcomes. These include Craps, Mahjong, Backgammon, and skill-based slots games.

These games focus on a player's ability to take decisive actions with the goal of maximizing winnings. A player well versed in tactics and strategies in Blackjack stands a better chance of beating the dealer more frequently than one who isn't. In craps, it's not so much dice control that players need to worry about – it's placing the right bets. That includes those with the lowest house edge. Below is a listing of craps bets with the lowest house edge:

A unique category of games to consider is skill-based slots. Players control the on-screen action in these slot machine games with buttons and pointers. It is similar to playing an arcade or video game where the player's skill influences the game's outcomes. The key difference between these slots and others is player interaction with in-game features and functions.

In these games, players advance from one level to the next by completing certain tasks, challenges, and obstacles. With each ‘level-up’ players are able to unlock bigger rewards with greater payout potential. On-screen elements such as health bars, number of lives remaining, timers, and bonus rounds are common in skill-based slot machine games.

The RTPs on skill-based slots games can be considerably higher than in traditional slots, where the RTPs typically range between 92% – 96%.

Proof of the Skill-Based Element

The creme de la creme of skill-based casino players are inducted into the Blackjack Hall of Fame or the Poker Hall of Fame. Blackjack is clearly a game of probabilities. Many renowned mathematicians and statisticians have written extensively on how to beat blackjack. The numbers prove that basic blackjack strategy and advantage play can give players a slight edge over the casino.

The fundamental difference between games of skill and games of chance is rooted in the player's abilities. While bankroll management and bet sizing are essential, it does not determine whether you win or not. Other factors are more important, including the RTP, your understanding of the rules, and the betting decisions.

Most casino games today are designed for Generation X – not for Millennials. Statistics reflect that traditional gambling games are less popular with Millennials than with their parents and grandparents. So game developers created interactive casino games with a skill-based element to counter these trends. As a result, skill-based slots are increasingly prevalent throughout Las Vegas, Atlantic City, Macau, and beyond.

The cutting-edge technology that drives these games attracts younger players – the 20s to 30s crowd. By combining chance and skill, tech-savvy players feel that they control the game. The more adept players are, the better they will fare. Instead of spins on traditional reels and paylines, these new-age games feature bonus rounds and unique choices. Things like skill bonuses and luck bonuses change the dynamic of the game.

Contrary to popular opinion, players don't have much control over the outcomes of games – but they interact with the game much more than they would in a traditional slot. The amount of time that players are engaged in player-influenced gaming sessions is minimal compared to the overall functionality of the game. Nonetheless, it's important to players. In 2015 the Silver State changed its rules and introduced skill-based slots with variable payout percentages into casinos.

The future certainly looks bright for skill-based card games, table games, and slots games. As player needs change, casinos are introducing interactive games for their clientele. It's all about immersion, engagement, and interactivity in skill-based games. Centuries-old games like blackjack and poker are equally enticing to players. The heads up challenges between players and dealers are proving to be the winning ticket!